You, like me, aren’t exactly enthralled with The Monarchy. You’re trying to please, but it seems obvious. 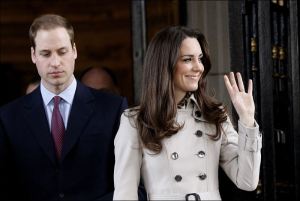 You keep refusing to be a ‘full time’ working royal ( yeah, right, full time, but that’s for another day), you look awkward and – lets be frank – like a bit of a fanny on those stilted formal occasions when you’re required to interact in front of the cameras. It’s not really your fault – who want’s to be an over groomed establishment stooge surrounded by obsequious thickos ? Apart from Gary Barlow.

The monarchy, you believe, was inadvertently responsible for the death of your mum.

Lots of women meet their boyfriend’s in Paris. But not many of them get pursued by paparazzi on motorbikes. And the reason that she was pursued was because monarchists – and I’m talking here about the Hello Magazine souvenir edition buyers – have an insatiable appetite for moronic royal pictures. They create the market.

Simpletons who LOVE the monarchy are a bit like the people who go to see killer whales in captivity – because they say they LOVE animals.

You’ve been born into a golden freakshow. It’s horrible. 250 photographers turned up on your first day at school. Creepy long lens photography of your wife topless. Simply by being part of the monarchy, you & your family are a target for terrorist attack. You can’t express an opinion, you can’t move without bodyguards, you can’t hide. You joked you wanted to be an astronaut, but of course, you can’t. Because it’s decreed, you’re going to be in the glare of the spotlight your whole life, scrutinized, ridiculed, criticised, fawned over.  The role is directionless, dumb, and damaging to you, to the uk, to the saddos who adore it…

What’s worse is, the same rigid insufferable fate awaits your kids. When Georgey-Porgy plays with a fire-engine and says he’d like to be a fireman do you say, son, actually you’ll be a symbol of an entrenched establishment with your every move choreographed in case of criticism? Oh, and you’ll have no privacy ever…

Monarchy is all to blame.

So, be brave. Walk away. You have to choose to go, you can’t just hope.

Say you have no desire to be a prancing Toff Pony at the centre of a snobby, bloodline obsessed feudal circus. It’ll be the last statement you’ll ever have to give to the press. Ever.

There’ll be a big storm to be sure, a few rough months…. but in a few years, you could be living in California, ignoring the media and George & Mildred ( maybe? ) can grow up skateboarding, getting tattoos, smoking dope, and talking shite without tabloid lenses. They’ll be safe. You’ll be rich. The monarchy can go fuck itself.

I am a republican and would enjoy the whole thing being in chaos. But that’s not why you should do it. You should do it cause you’ll be happier.

One day we can all sit round drinking a few cans of Kestrel, sharing a joint with George and his new boyfriend,  and laugh at the idiocy of it all ( then you can give me all my tax money back ) 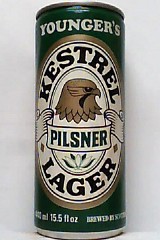