We’re constantly told by the Ruling Classes that The Royals Represent Us.

As I’ve venom-ed elsewhere, this is risible regal guff.

In a world full of slobbering sycophants and relentless royal fawnery – I  don’t like to help the Windsor family  with their PR at all….but whilst we wait for that guillotine bought on ebay,  I have a modest suggestions.

Get one’s royal arse to the NHS.

Bizarrely, at the opening of each new NHS hospital, the royal family turn up, awkward and blazered.  They pull a wee rope, try to hide how bored they are, patronise the staff, nod at some equipment, then 45 minutes later hop into their luxury cars and get rushed back to one of their many palaces ( this is what the papers call ‘hard working royals’ ). In some respects, it’d be more appropriate if they turned up to close NHS wards given the drain on the national finances….

But when Das Windsor get the golden trots, or need their heir pulled, or get their piles fixed, they don’t trust the NHS. Even though – scandalously – they only have an NHS surgery which no one else can use in Buckingham Palace. And they interfere and try to make the NHS spunk money on their uninformed idiotic ideas. Anyway when they get the lurgy,  all their faux NHS interest and bland nodding disappears, and like a rat up a golden-drainpipe, they scuttle off to some expensive private hospital. The press rarely draw any attention to this.

Imagine how good it would be if the headline was “Toff Tot: Kate snubs NHS again”?

Of course monarchists will waffle on about security and a load of other bollocks to justify their snooty preferences. Just think of the positive endorsement it would give the NHS. It would show solidarity with the people. It would reveal to the world how good the NHS is. It would show commitment to something that we all use.

But the monarchy is steeped in snobbery, and they won’t. And even if they did it’d be tokenistic.

But amidst the impending royal-baby idiocy that most of us aren’t even interested in, it’s good to at least draw attention to the fact that, feudal sprogs emerge from magic windsor vaginas ( you wanna be head of state? You didn’t fall from a Windsor Womb ? Fugedabout it )  in private hospitals that cost £6k a night.

To them, NHS staff are from the wrong caste. 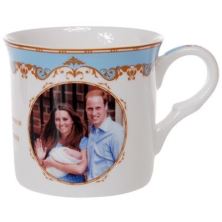 7 thoughts on “A Modest Proposal: Use the NHS”